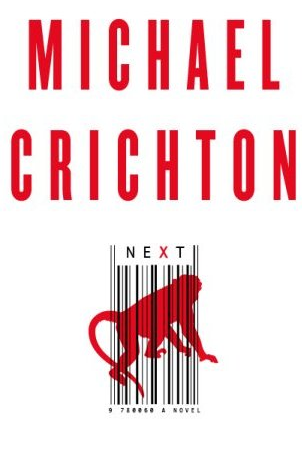 Next, by Michael Crichton carries a profound message about the state of the patent system. The end of the book offers an “Author’s Note” that outlines what Dr. Crichton proposed to mitigate the issues he outlines in his novel. Namely, he argues to stop patenting genes:

We could argue that genes are a fundamental element to life. It is the most basic information structure that instructs cells how to replicate. Without genes, no higher organization of cellular activity can exist because the “blueprints” are missing. I find this to have parallels with patents being held on basic computing operations. If we view the gene as a lower level mechanism that is used in the higher operations of a cell’s reproduction, then it is similar to basic lower level hardware and software operations that are used in a higher level computing devices.

Take for example patent #5,455,599: Object-Oriented Graphic System. Apple was issued this patent in 1995 and is very technical to the point that Engadget doesn’t even feel comfortable explaining it, but it covers a graphical system that is manipulated in an object oriented fashion. This is a basic mechanism of graphical interfaces. Patents #5,519,867 and #6,275,983: Object Oriented Multitasking System and Object-Oriented Operating System cover accessing OS services in a multi-threaded way. Basically, these patents would be impossible not to infringe on if you are building a computer today. These patents were issued to Apple, and were used in court against HTC for patent infringement on the Android OS. This is just the tip of the iceberg. Apple is not alone in using heavy handed litigation involving unavoidable actions in computing that are patented. Microsoft recently struck a deal with phone maker LG to pay royalties on the Android platform because of patents Microsoft claims they have against Google. Its simply “protection money”, and a way to abuse the legal system to slow down competition. Microsoft is now making royalties from 70% of Android devices being sold in the US. What if the patent on using a mouse to interface with a computer was still being used? What about displaying text on a screen for the user to read?

I would hate to think that my medical research is being inhibited in the same manner as the technology industry. Consider Crichton’s observation on the progress of the SARS vaccine:

“In its heyday, research on SARS (Severe Acute Respiratory Syndrome) was inhibited because scientists were unsure who owned the genome – three simultaneous patent claims had been filed. As a result, research on SARS wasn’t as vigorous as it might have been. That should scare every sensible person. Here was a contagious disease with a 10 percent death rate that had spread to two dozen countries around the world. Yet scientific research to combat the disease was inhibited-because of patent fears.”

Imagine if cures for cancer, or the common cold were being held up in the same such legal nonsense. I think the absurdity of patenting genes is best illustrated by Crichton in the following scenario:

“The patent consists of pure information already existing in nature. Because there has been no invention, no one can innovate any other use of the patent without violating the patent itself, so further innovation is closed. Its like allowing someone to patent noses. You couldn’t make Kleenex, nasal sprays, masks, makeup or perfume because they all rely on some aspect of noses. You could put suntan on your body, but not on your nose, because any modification of your nose would violate the patent on noses. Chefs could be sued for making fragrant dishes unless they paid the nose royalty. And so on…It takes little imagination to see the monopolistic patenting inhibits creation and productivity.”

This novel was revealing in its description of the same broken patent system in medicine that is facing the technology sector. Crichton aimed to illustrate the need for reform in this system, and I think he accomplished that mission by starting a dialog. What are your thoughts on patenting software and hardware operations? How far should these patents extend? How common an operation can be patent-able?