Welcome readers to what is a first here on my blog – a review about Apple’s OS X. As some of you may know, part of my new job is working on a Mac for 8 hours a day, 5 days a week. Someone asked me about my experiences, and I feel up to sharing my findings. I want to be fair in my assessments, so if it sounds like I am starting to get a little slanted, keep me in check with a comment! 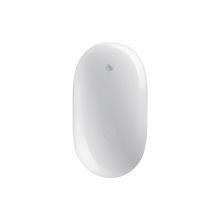 First things first – the initial impression. I have a 27″ iMac and I was initially impressed by the appearance of the machine. The iMac screens and case are one piece, so I have plenty of room to kick around beneath my desk with minimal cord entanglement (not that it matters because I sit cross-legged all day). The compact style keyboard has an aluminum casing, which matches the iMac. The mouse is the Mighty Mouse. Both are wired, which I appreciate – especially on the mouse. I hated the compact keyboard since it feels shrunken, and the addition of the “Fn” key in the bottom row meant every time I tried to press “Control” I missed. After swapping this out for a full-sized keyboard I was much happier, and even unlearned some bad habits. The Mighty mouse absolutely sucks. The tiny wheel stops responding all the time from the slightest spec of dirt, and you have to turn it over and rub it back and forth on your jeans, or the mouse pad. Its one saving feature is the ability to vertically, and horizontally scroll which is occasionally helpful. I am a right click fan, and though invisible, the region on the mouse that registers as a right click versus a left is about 10 times smaller. It feels like the edge of the mouse.

The keyboard on a Mac is different in important ways from its PC counterparts. The “Windows” key is replaced with the Command key, which is utilized far more than the Windows key ever was. In fact, most of the operations of the machine are done using Command (copy, paste, new tab, close window, etc) effectively making it closer to the “Control” key in Windows. However, the Control key remains, which actually introduces a whole new key combination to more effectively use shortcuts. The Command key is located next to the space bar, which is much more convenient than the extreme left placement of the Control key. I do copy, paste, etc operations using my thumb, and not my pinky finger – much less strain.

The computer screen can be tilted, which is nice since the whole world seems to be moving towards the annoying high gloss screens. I can tilt it down, and out of the florescent overhead lights. I really feel that gloss is a showroom gimmick just like turning the brightness up to max on the TVs in the store. If I wanted to look at myself, I would sit in front of a mirror. Fortunately, I have a second non-gloss monitor, and I do most of my coding on this screen. Also, it would be nice if the monitor had a height adjustment, as second monitor isn’t quite the height of the iMac screen.

Enough about appearance – lets talk hardware. This is a dual core Intel-based processor, with 2 GB of memory (later upgraded to 4GB). The video card is decent I suppose (however the interface can get quite “laggy” at times). I don’t have any idea what the machine costs, but this is definitely unimpressive hardware. 2GB of RAM is the minimum I would work with, and it being slow laptop RAM doesn’t help at all. At least there isn’t a laptop hard in it too.

As for the Operating System, it seems pretty stripped down. This isn’t necessarily a bad thing – I can quickly find what I am looking for, without going on a damn field trip through obscure dialog windows. The flip-side to this is it doesn’t feel very “customizable”. You use the stock features, or you don’t use a Mac. Perhaps there are a bunch of third party utilities that I don’t know about? Sometimes I am disappointed by the lack of customization options (there are just a handful of settings for the dock). To be honest, I am not sure what I would customize, but I like to poke around, and I often leave the System Preferences disappointed having not found “setting xyz“.

I really enjoy the file system indexing, and they have the best implementation for full-text search I have seen. It doesn’t bog down the computer, and the results are instantly updated. Magic. It effectively is the starting point for all my open actions. I don’t know why it isn’t available for the first 10 minutes after a boot, but I don’t shut down that much so its ok.

I was surprised by the lack of a default system-wide notification system – something that Growl has aimed to fill. I was also disappointed by the lack of package management on the Mac – again third party solutions exist. The system updates are just as annoying as in Windows which was a disappointment. Once the “restart” prompt stole my typing focus and proceeded to shut down the system. A few times the machine has “beach balled” (the Mac “hourglass” icon), and hard locked. Most of time its fairly responsive and stable which I can appreciate.

Other points of interest are the window management. I use Expose almost as regularly as I do the task switcher (Command + Tab), though admittely sometimes I get lost in the special effects and forget what I was doing. There are a bunch of other window groupings, but I don’t really find them that useful. One particularly frustrating observation is that once you minimize a window, you can’t Command + Tab back to it. Isn’t that the point of the task switcher? It even shows up in the task switcher, but when it is selected, absolutely nothing happens.

As for the software available on the Mac it is more comprehensive than Linux, and less comprehensive than Windows. Some of my co-workers commented that in OS X, there is usually one utility to do something, whether you like it or not. I use Google Chrome, JetBrain’s RubyMine, Ruby, Terminal, Lotus Notes, Adium, and Propane almost exclusively. Because of this, I can’t really assess the state of the Mac software ecosystem, but I will say that all these programs run damn well on the Mac. The only software crash I have is Flash. Flash on Linux and Windows is stable, however on the Mac probably one in ten uses causes the browser tab to lockup. I am not sure whether this is a Chrome issue or not, but something is seriously wrong with the state of Flash on my Mac. Now I understand why so many Mac users hate Flash – as a Windows user, I never experienced the constant crashing.

In summary, due to the nature of my work, I use the Mac at work in essentially the same manner I would use Linux. The terminal is where I spend my time, and I am more or less indifferent about the operating system around it, as long as I can install the system libraries I need for Ruby extensions, and it stays responsive. My next computer purchase will be a netbook and I will install Ubuntu on it, as I can’t justify spending the designer prices of Apple products to use a terminal and a web browser.  Toe to toe with Windows, and many Linux distributions, OS X excels in many areas. Its a fantastic operating system, but I am not sure that it is worth its cost. If I could throw it on my PC at home it would be worth $100. Buying a special machine just to run it is just silly.

12 thoughts on “Living in an Apple World”