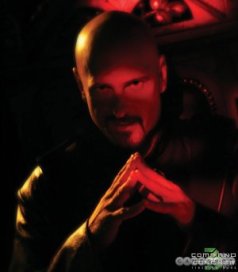 Every time next generation consoles come out, the PC game market goes into hibernation for about six months. I thought that it was coming out with the release of Supreme Commander – but I was wrong. Command and Conquer 3 seems to have picked up right where Red Alert left off so many years ago. The title of the game seems to say it all.

What makes this game so special? They have decided to go with an all star cast for the famous C&C cutscenes. The celebrity list includes Jennifer Morrison (from House), Josh Holloway (from Lost), Billy Dee Williams (better known as Lando), and Michael Ironside (from video game fame). If that wasn’t enough, not one but two actresses in C&C 3 are from Battlestar Galactica 2003! Tricia Helfer and Grace Park . What more can you want? How about Shannon Cook from CNN doing news coverage of NOD attacks in the game?

The game play was pleasant as well. The UI provided information at a glance, as well as staying out of your way while playing the game. Objectives come in and freeze the game play, but use the in game engine to show themselves. The objectives are solid and fun, instead of being a waste of time. The game is fast paced, and ran smoothly on my computer at 1024×768.

Do yourself a favor, and check out the demo for this game now!